Each year, more than 600,000 visitors discover, in France and abroad, the travelling exhibitions or co-productions of Universcience.

Universcience takes an active part in the European consortium that brings together Heureka (Finland) and Ciencia Viva (Portugal) to co-produce three different exhibitions.

Universcience is in charge of the exhibition Risque which tour within the consortium.

Other exhibitions circulate in France and around the world, for example:

• Enjoy your meal, directed by three European co-producers, presented in Norway and in a light version in Switzerland, Mexico and reconfigured for the Kuwait Scientific Center;

• Leonardo da Vinci co-produced with the Museo Nazionale della Scienza e della Tecnologia in Milan, presented at the Deutsches Museum in Munich, the Sesi-SP centre in Sao Paulo, Brasilia and the Science Museum in London, England, welcomed a total of 720,447 visitors;

• Urban mutations currently on display at the Museum of London; 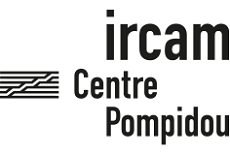